We decided start our trek in Marahau where we left our car and take a water taxi back from Totaranui at the end. The few people we saw seemed to be hiking the opposite way. For what seems to be one of the most populat tracks in New Zealand, it was pretty empty - we saw less than 10 people per day.

Numbers peak in January with over 250 per day and drop in August to less than 25.

Definitely recommend this track in the off-season.

distance: 4-5 miles
from: Awaroa
to: Totaranui

This was an interesting day, one that started at 4:30am. As a tramper on this track, you must cooperate with the tides. There are several tidal crossings that are sand by day and water by night. In our case it was water by day and sand by night. We chose sand, which meant we were up at 4:30am trekking across the tidal crossing which was actually an estuary. Among other things this meant that they’re a couple thigh deep 50 meter wide rivers to cross… even at low tide.

At 5am and a little below freezing with ski jacket on top and bare feet on bottom, we made our way to other side of the estuary. Promptly after we found the trailhead, we fired up the camping stove and warmed up to some hot cocoa, oatmeal and of course, Tim Tams. 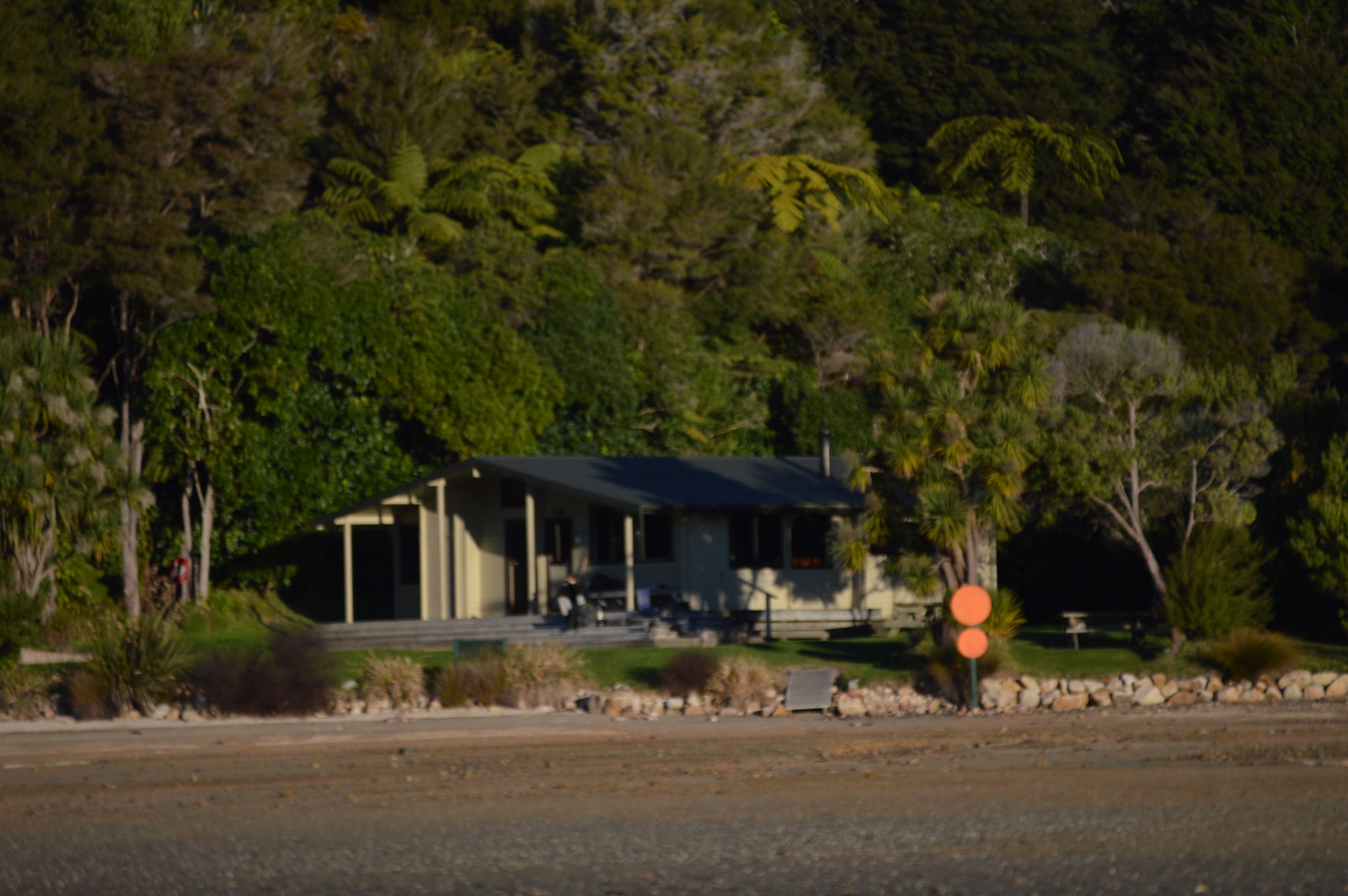 Driving south without any plans for the night. We ended up in the old mining town of Westport. Feels a bit like West Virginia.

We spent the morning checking out the pancake rocks at Punakaiki. 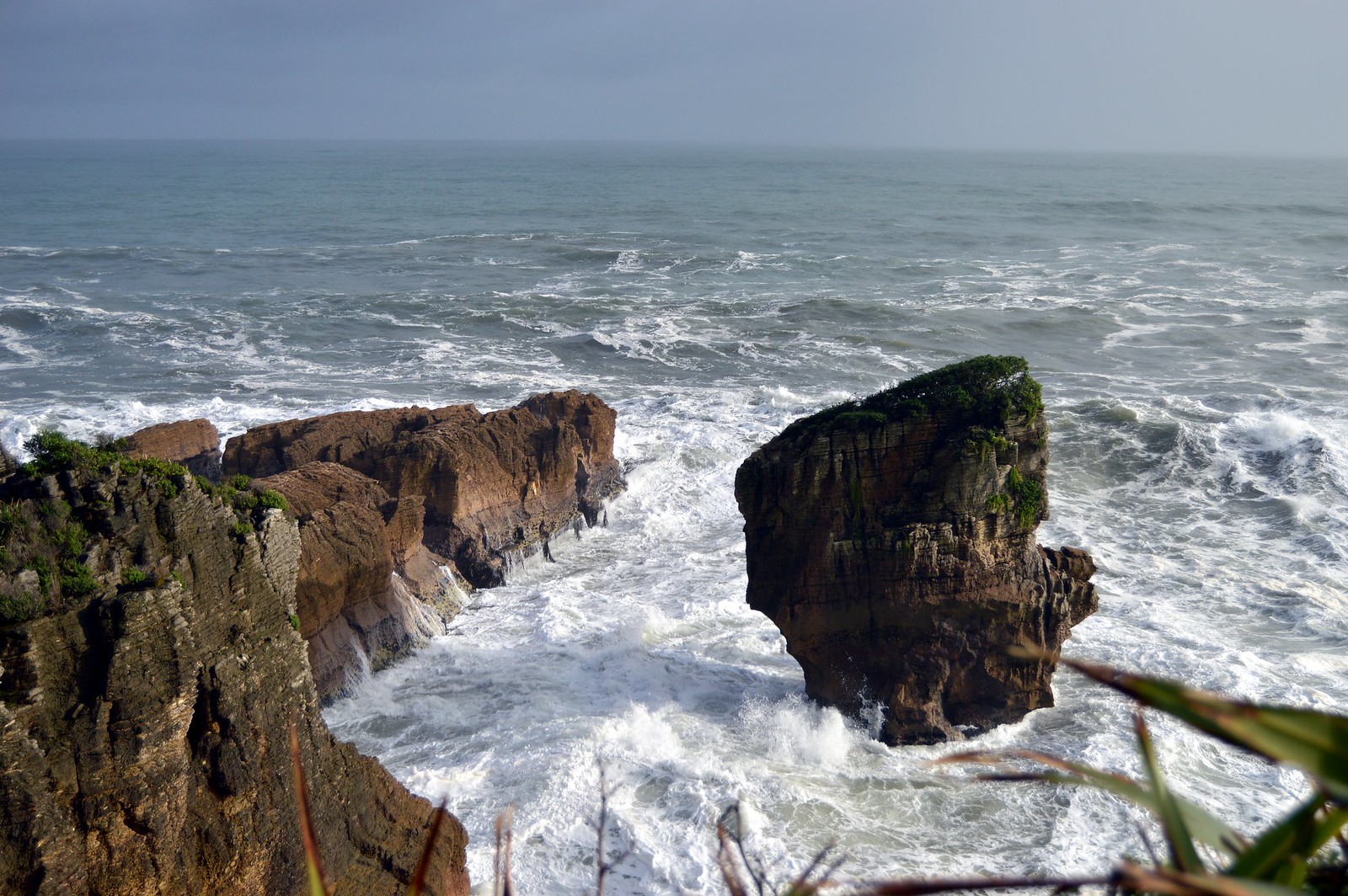 We ate lunch and checked out some thrift store at Hokitika.
We also picked up some random CDs including some noise orchestra band, John Coltrane and a flamenco guitarist for a grand total of $1 to supplement the podcasts and spice up the ride for the long South Island drives ahead. 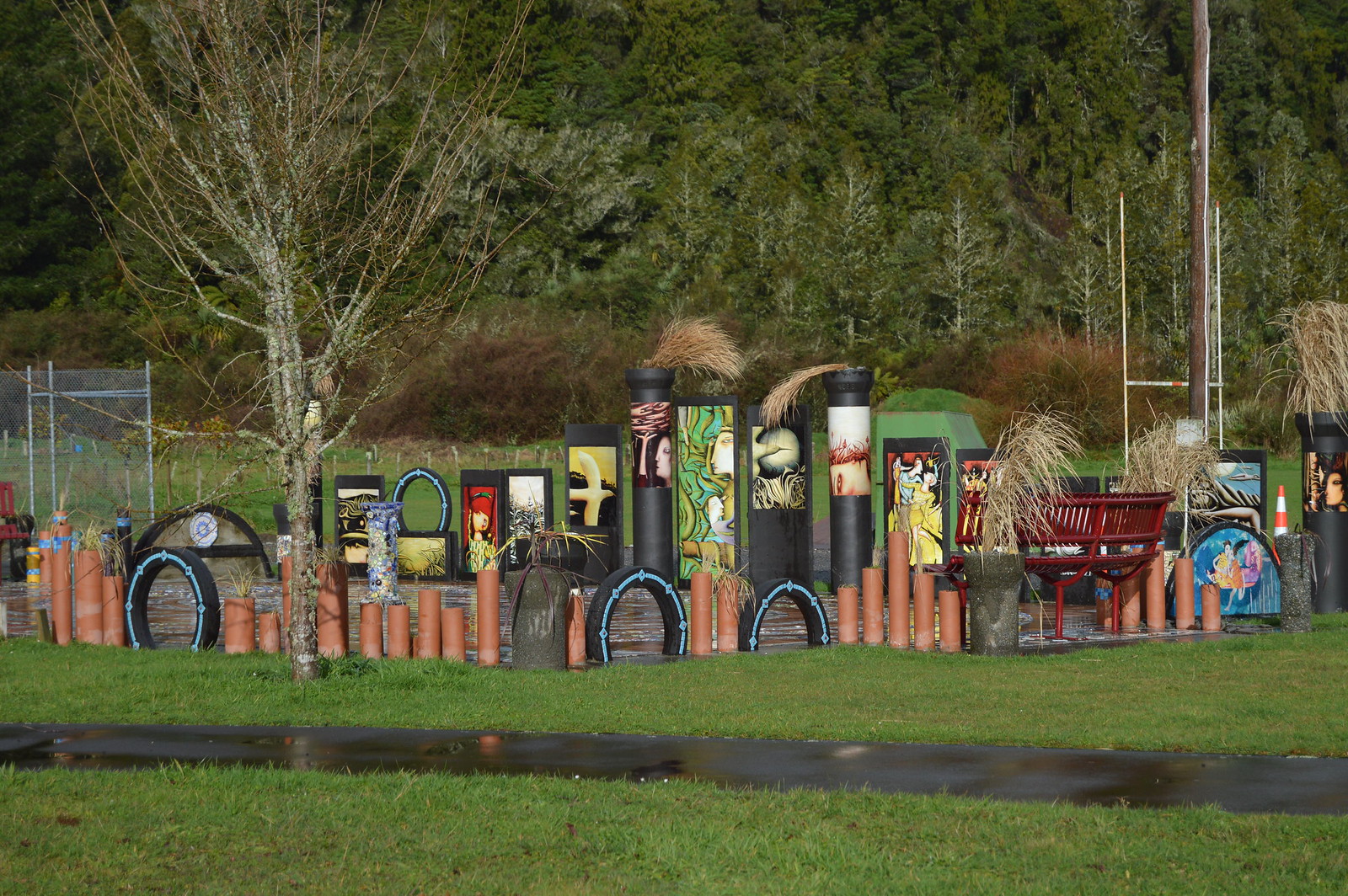 Park art in just about the middle of nowhere (Hari Hari) 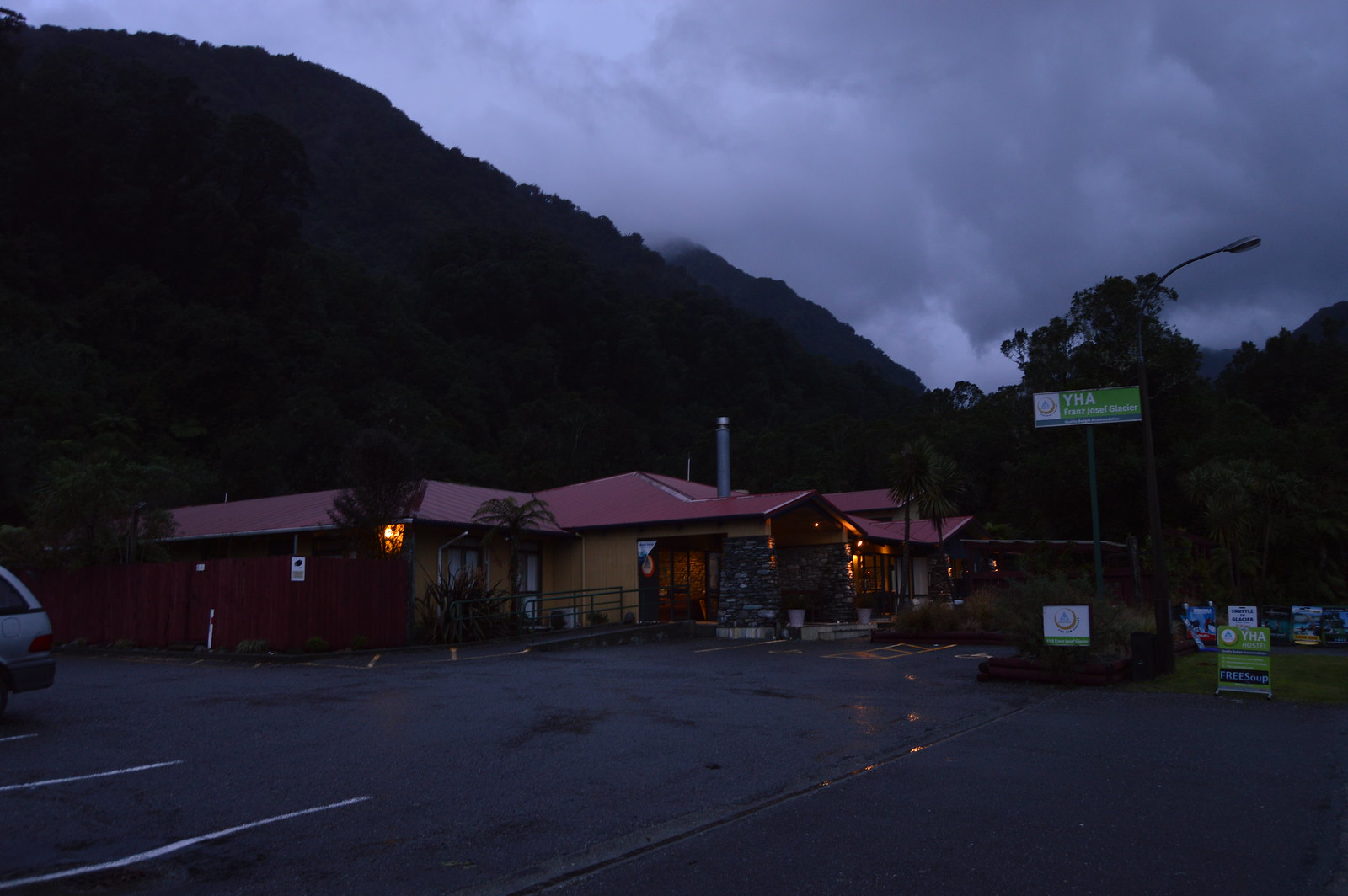 One of the best meals we had was here at Alice May - 3 course winter special dinner for $30 NZD!

Heli Ice climb. Turns out we were pretty lucky that we were able to land on the glacier the one day we had in Franz Josef. Heli trips for the previous 3 days were cancelled due to weather.

We organized our trip with Franz Joseph Glacier Guides.
Definitely the most expensive part of the journey, but well worth it, especially if it’s your first time on a glacier, in a helicopter or ice climbing. For me it was a first for all three. The sensation of the ice axe falling out in a hold took some getting used to - hand holds don’t fall off the wall when bouldering at the climbing gym… 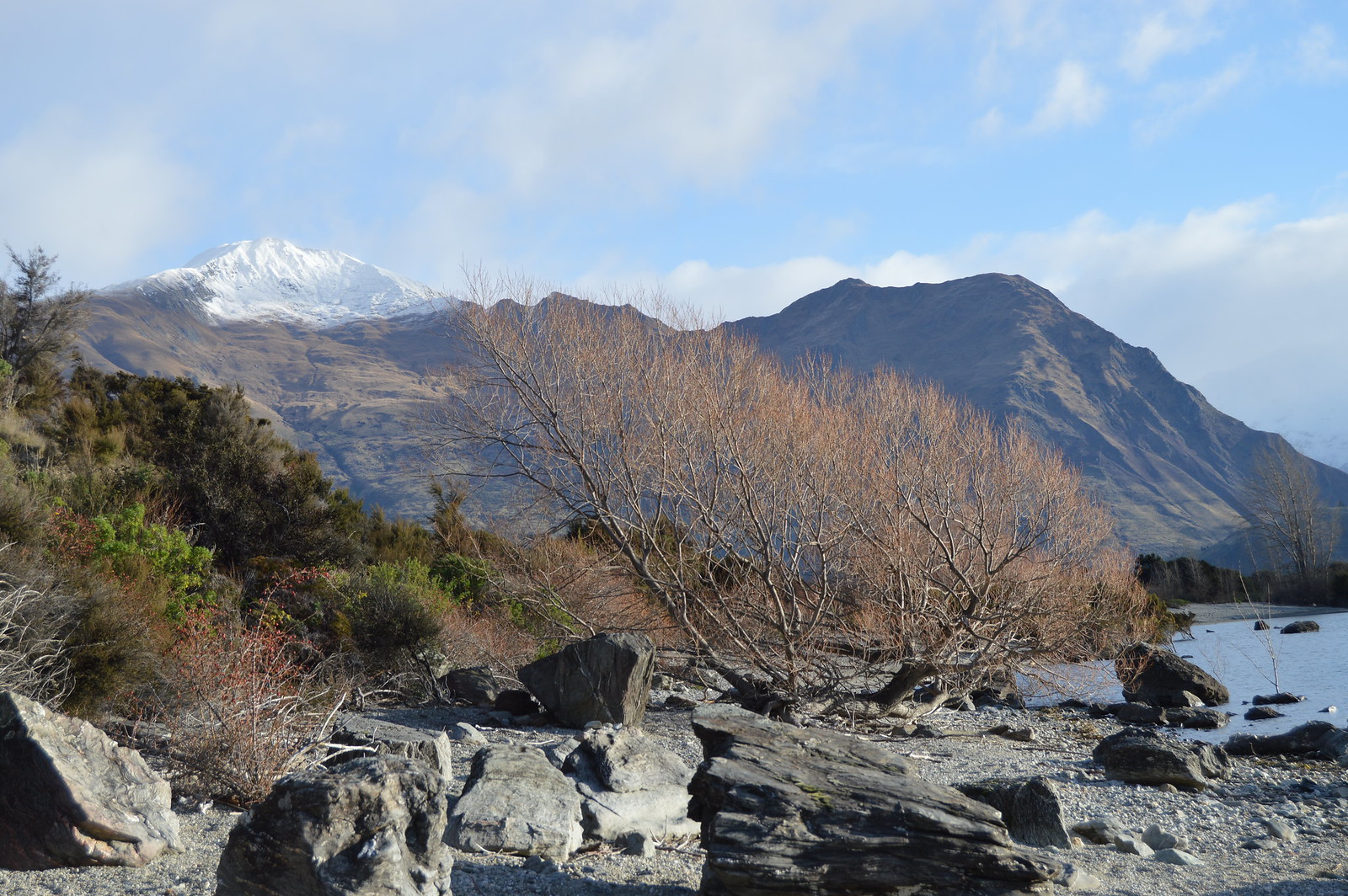 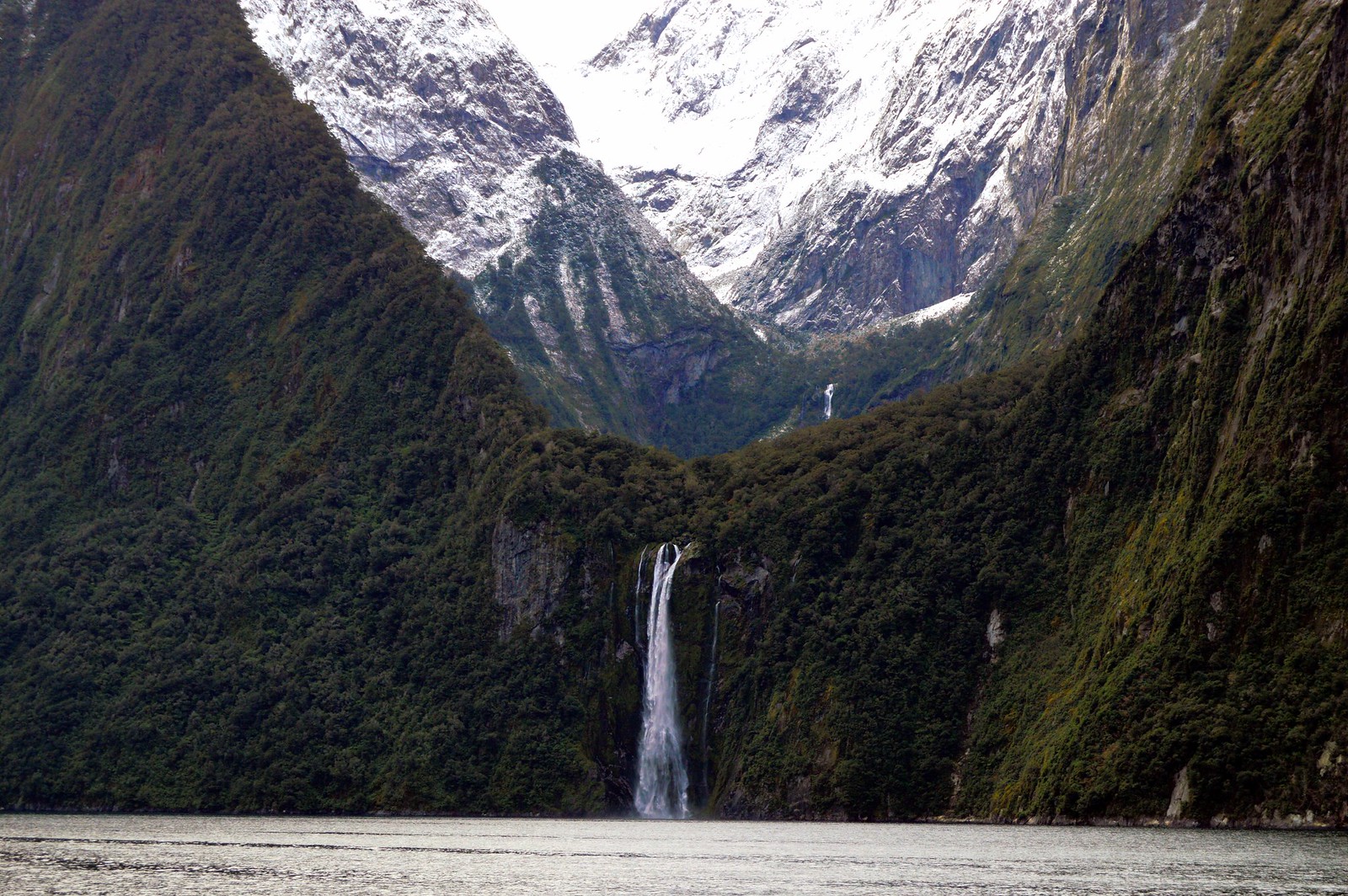 We got word the Dept of Conversation was closing the Milford Sound road at 9am, so we booked it early. We stopped for a sunrise hike at Key Summit (beginning of the Routeburn track).

We got full-day mountain bike rentals and headed out to Wilson’s Bay for some lakeside cliff hilly tracks.

Then we packed up and headed to Glenorchy for lunch (where Top of the Lake was filmed and set). Check it out - one of my current favorites.

We drove as far as we could to Paradise (town of 3 houses named after paradise ducks) on a dirt road until it became too hairy for 4 wheels. So we biked the rest of the way through some streams and past some lots of cows. Also where Lord of the Rings locations Lothlorien, Amon Hen, Orthanc and Isengard were filmed.

Daytrip to Kariotahi black sand beach. It was a little grey, but fun was had climbing up the cliffs by the water and eating the cheapest Chinese fish and chips take-away of the whole trip on the beach.

I had an evening flight back to DC, so we took a daytrip to Piha - climbed Lion’s Rock and checked out the surfers. Saw a few changing from wetsuits to business suits which gives me hope that one day I can take up surfing while still maintaining some sort of job.