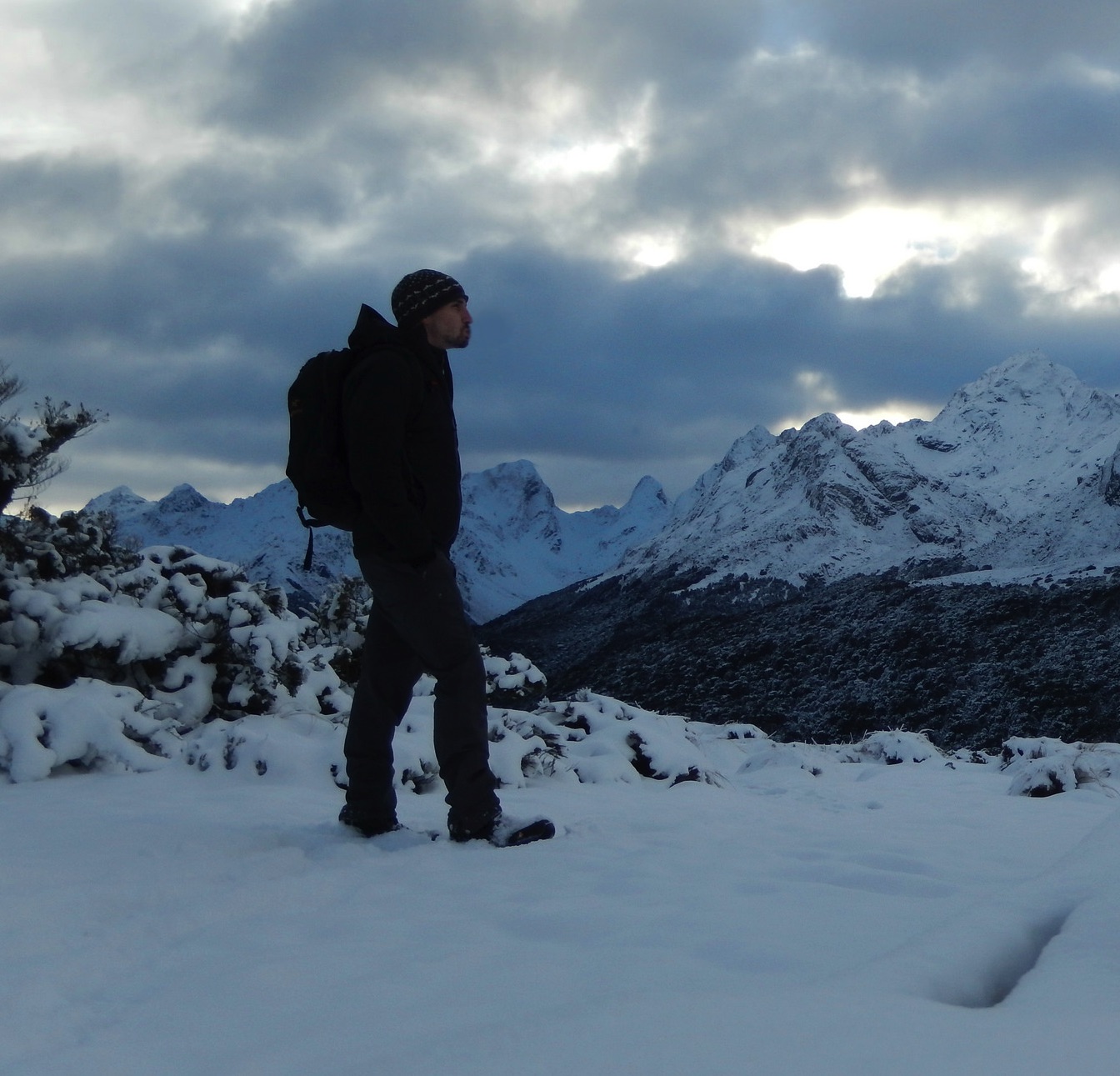 Nextbus - how accurate is it?

Nextbus is great. It tells me how many minutes I have before I have to start running to catch the bus. Nextbus estimates use GPS which is definitely smarter than the static bus schedule, but how accurate is it really? I feel like I’ve found myself waiting for what seems like 10 minutes at the bus stop when Nextbus continually tells me I have just a few minutes left to wait.

To figure this out, I pulled predictions from the WMATA (Washington Metropolitan Area Transit Authority) API every 10 seconds for about a week. I selfishly collected data for just my bus (the southbound 64) for my stop in Petworth (5th & Taylor St NW).

What does 5 minutes really mean?

When Nextbus predicts 5 minutes, 80% of the time you can expect to wait between 4.5 and 7.2 minutes. Not perfect, but not terrible.

How often is the bus late?

81% of the time. Interact with the app below to see the range of actual wait times you can expect for any Next Bus prediction.

Which predictions to trust?

For predictions of 5 minutes or less, prediction errors are relatively small – less than 1 minute in either direction. Not very surprising. However, Next Bus predictions quickly become less reliable after 5 minutes.

After the weird spike of 3 minute errors around predictions of 11,12,13 minutes, the average absolute prediction error flattens out to around 2:15-2:30 minutes. 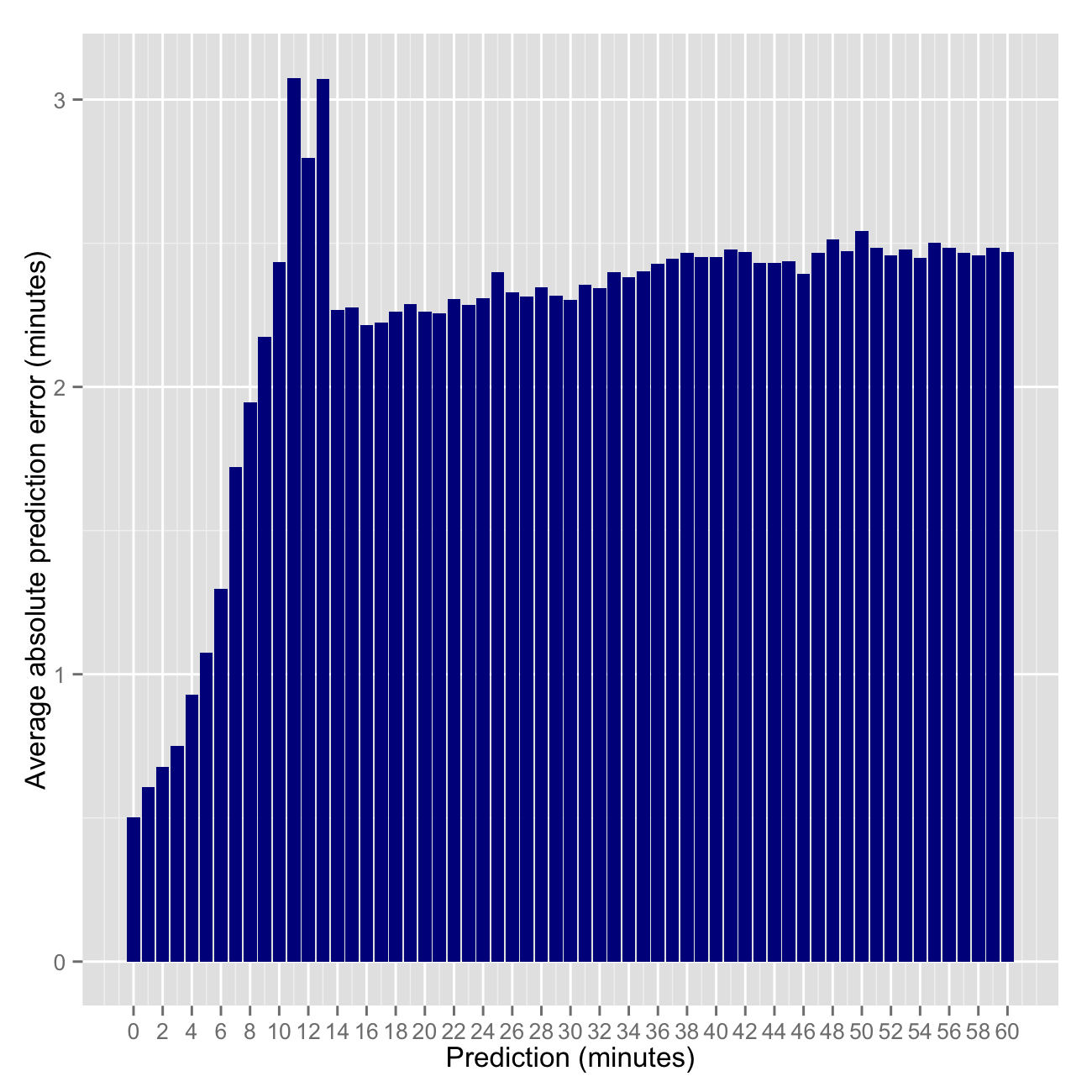 Are prediction errors caused by late or early buses? 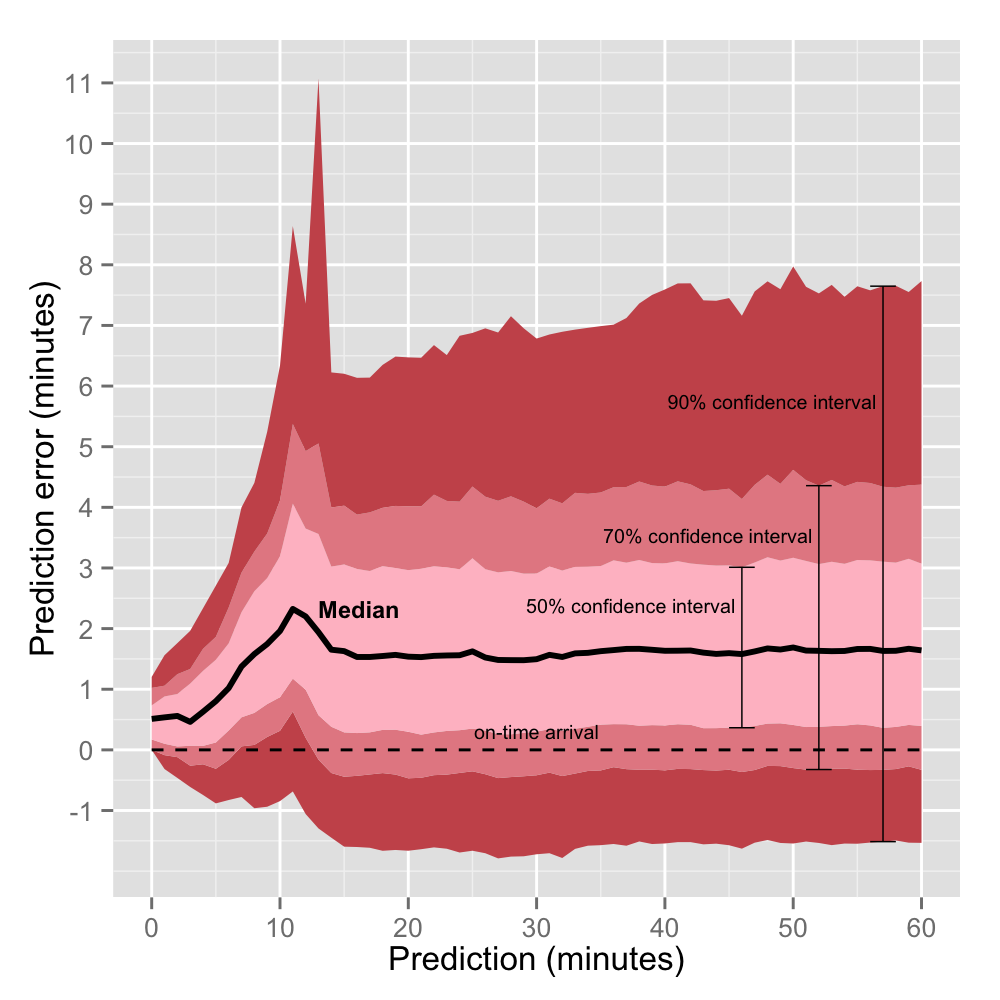 How late is late?

However, these margins of error widen quite a bit when we want to be 90% sure when the bus will arrive(the dark red area). These are the nasty outliers.

It appears it does. Predictions are off the mark (late) most in the morning between 8am and 10am. 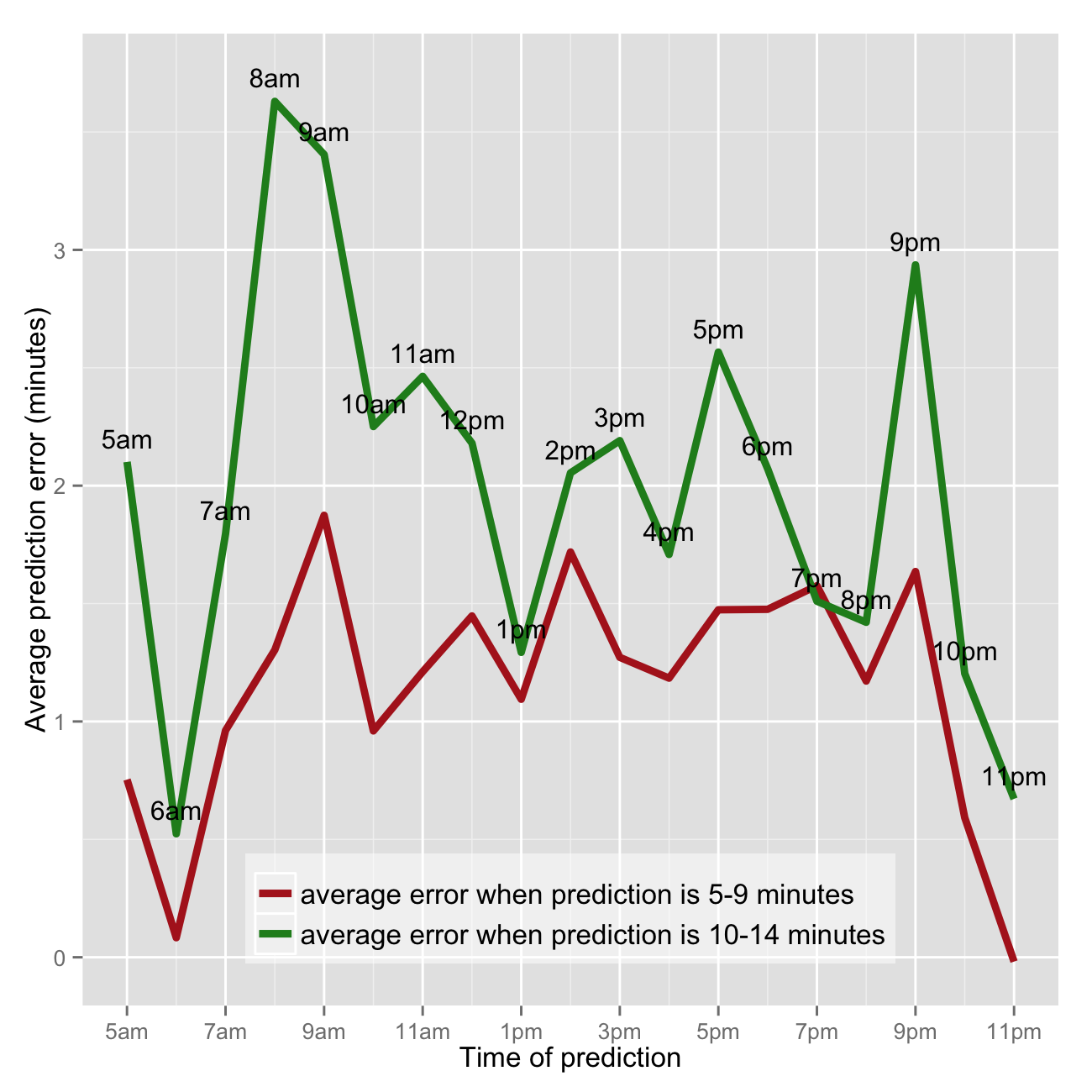 One week of Nextbus predictions:

Predictions often follow a consistent trend (straight diagonal line) until some point where predictions prematurely jump to 11, 12, or 13 minutes, when in reality, there is much longer to wait. There are also some gradual bends in the graphic around 10-15 minutes which indicate that predictions are often initially optimistic, but later revised upward (delayed).

What does Next Bus say?

What does the data say?

In general though, the margin of error is less than one minute for predictions of five minutes away or less.

For ten-minute predictions, the margin of error is less than two minutes

True: 81% of predictions are late.

Posts on the making of this project can be found here:

This project on: github